This report, from Rhodium Group and MERICS, summarizes China’s investment footprint in the EU-27 and the United Kingdom (UK) in 2020, analysing the fallout from the pandemic as well as policy developments in Europe and China. Below are the main findings and a link to the full report:

China’s FDI in Europe continued to fall, to a 10-year low: Shrinking M&A activity meant the EU-27 and the United Kingdom saw a 45 percent decline in completed Chinese foreign direct investment (FDI) last year, down to EUR 6.5 billion from EUR 11.7 billion in 2019, taking investment in Europe to a 10-year low. However, greenfield Chinese investment reached its highest level since 2016 at nearly EUR 1.3 billion. 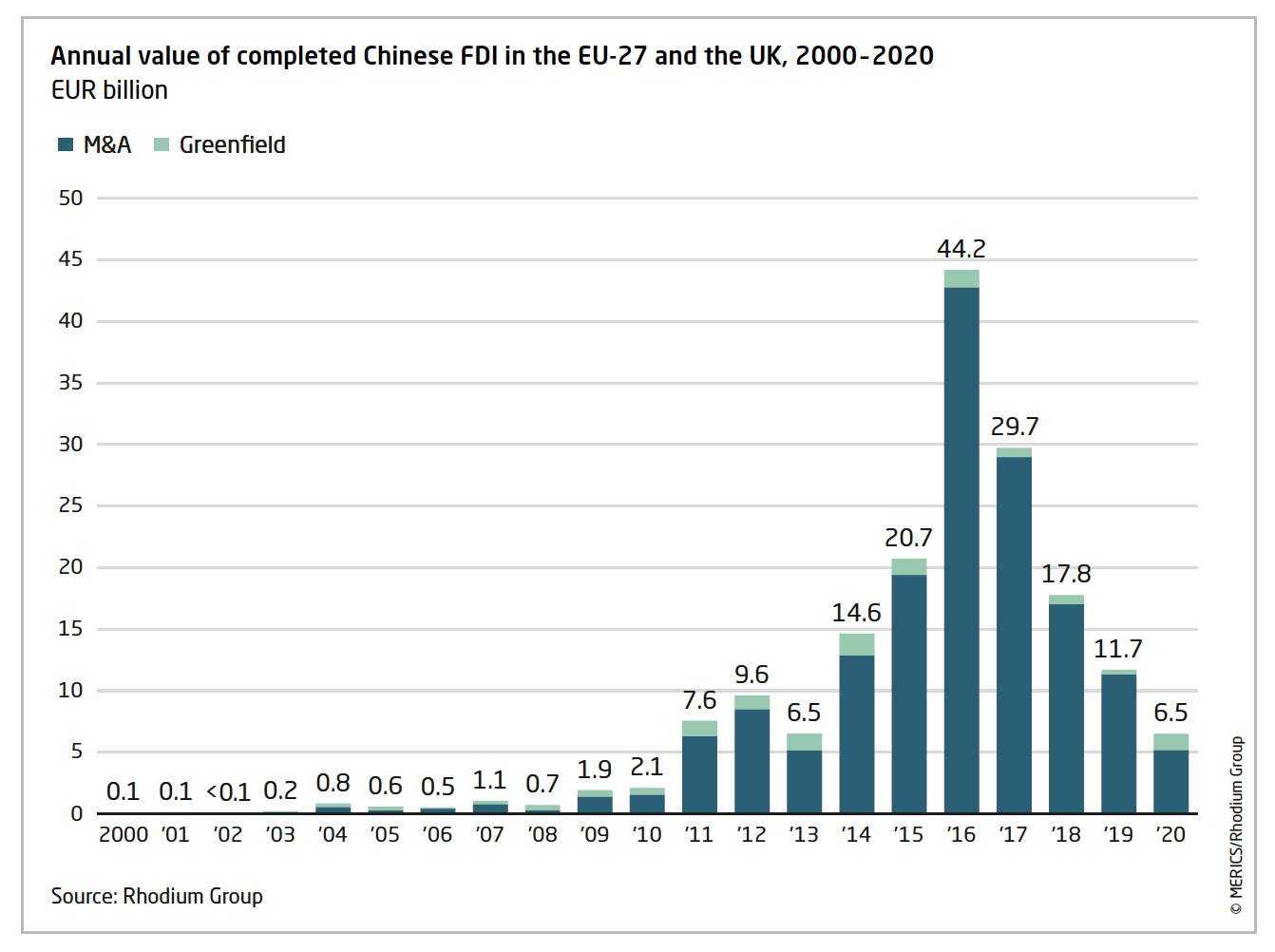 The “Big-3” reclaimed their top spot, Poland emerged as a key recipient: More than half of total Chinese investment in Europe went to the “Big Three” economies – Germany, the UK and France. However, the UK saw Chinese investment plummet by 77 percent. Poland rose to become the second most popular destination, though inflows of EUR 815 million were largely concentrated on one acquisition. 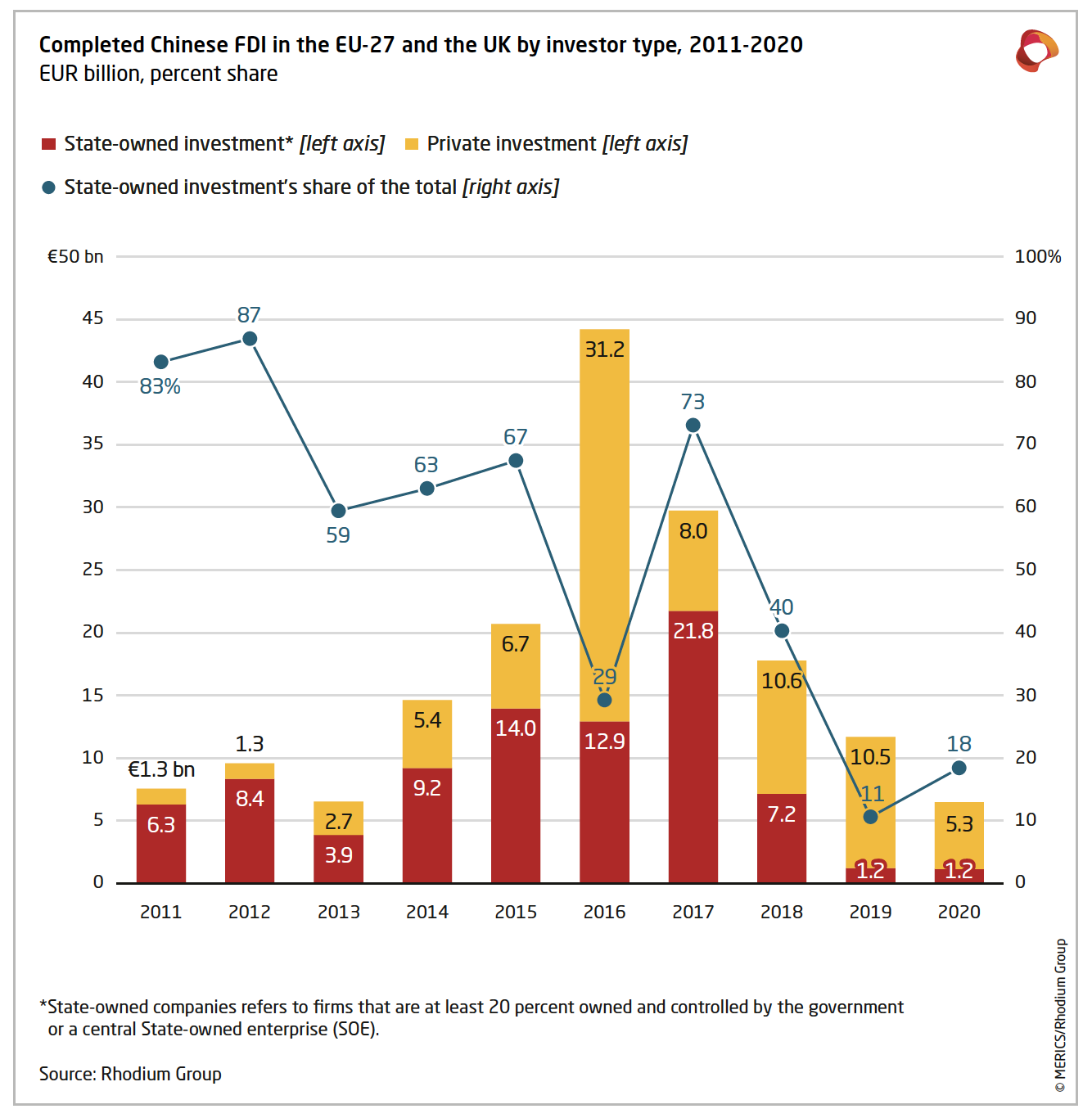 Headwinds to Chinese investment in Europe will grow in 2021: Chinese FDI activity into Europe continued to fall in the first quarter of 2021 and has remained weak elsewhere, even as global M&A activity has recovered and surged to a 10- year high of EUR 1.08 trillion. Europe remains an attractive investment location. However, continued disruption from Covid-19, high barriers to outward capital flows in China and rising regulatory barriers to foreign investment in Europe have all contributed to low levels of Chinese investments. Deteriorating EU-China relations will create additional headwinds for Chinese investors going forward.